StayWell needed to migrate infrastructure away from an on-premises system and automate a new microservices-based platform.

StayWell’s migration was successful, and the company now has a microservices platform that can support auto-scaling and heavy loads.

StayWell is a health engagement company that helps improve health, business results — and lives — through education. The company works across the healthcare industry to custom-design holistic solutions that motivate workforces and address every organization’s evolving needs. Its customizable programs effectively engage people to make positive healthcare decisions—even across the most challenging populations.

Leveraging decades of experience and expertise in health engagement and the science of behavior change, StayWell offers an integrated portfolio of solutions and robust content assets. The company leads the industry in research and technology to stay ahead of the latest trends in health and wellness — while always putting people first.

"Great ideas abound in most organizations. ClearScale provided the depth, breadth, and experience to validate and guide our great ideas. Our work with ClearScale delivered the future-state design architecture that we were looking for. Their range of expertise enabled us to create a clear direction for our technology deployments that extend globally when necessary. I was impressed with the effort, going “above and beyond,” so that we have ALL of the reasons and parameters necessary to not just deliver a new architecture, but to believe in it as well."
Bill Fetters
Vice President, Information Systems

StayWell faced not one challenge, but two. First, the company was closing one of its on-premises data centers in a little over a month, and needed plans, tools, and procedures to migrate infrastructure components, data, and applications. StayWell’s services, including hundreds of virtual machines with applications, Oracle databases, and Microsoft SQL databases, had to be migrated to Amazon Web Services (AWS) workloads as soon as possible.

The second challenge was an upcoming automation project. To support its continued growth, StayWell had decided to build a new microservices platform. The goal was to provide stable, fault tolerant, and performant building blocks for existing and new applications. The company chose a containerization strategy that would allow it to abstract away from underlying infrastructure, support greater modularity and flexibility, and facilitate provisioning, deployment, and management. Main trade-off for microservices architecture was complexity. Managed services, complete automation of infrastructure provisioning, and application delivery were therefore fundamental.

As a preliminary step, the ClearScale team worked with StayWell to gather requirements for the migration, evaluating the company’s existing cloud-based architecture and modified networking architecture. ClearScale then suggested that a lift-and-shift migration would be best due to the time pressures. Applying general principles as well as specific best practices, ClearScale designed a secure, reliable, and cost-effective architecture on AWS. 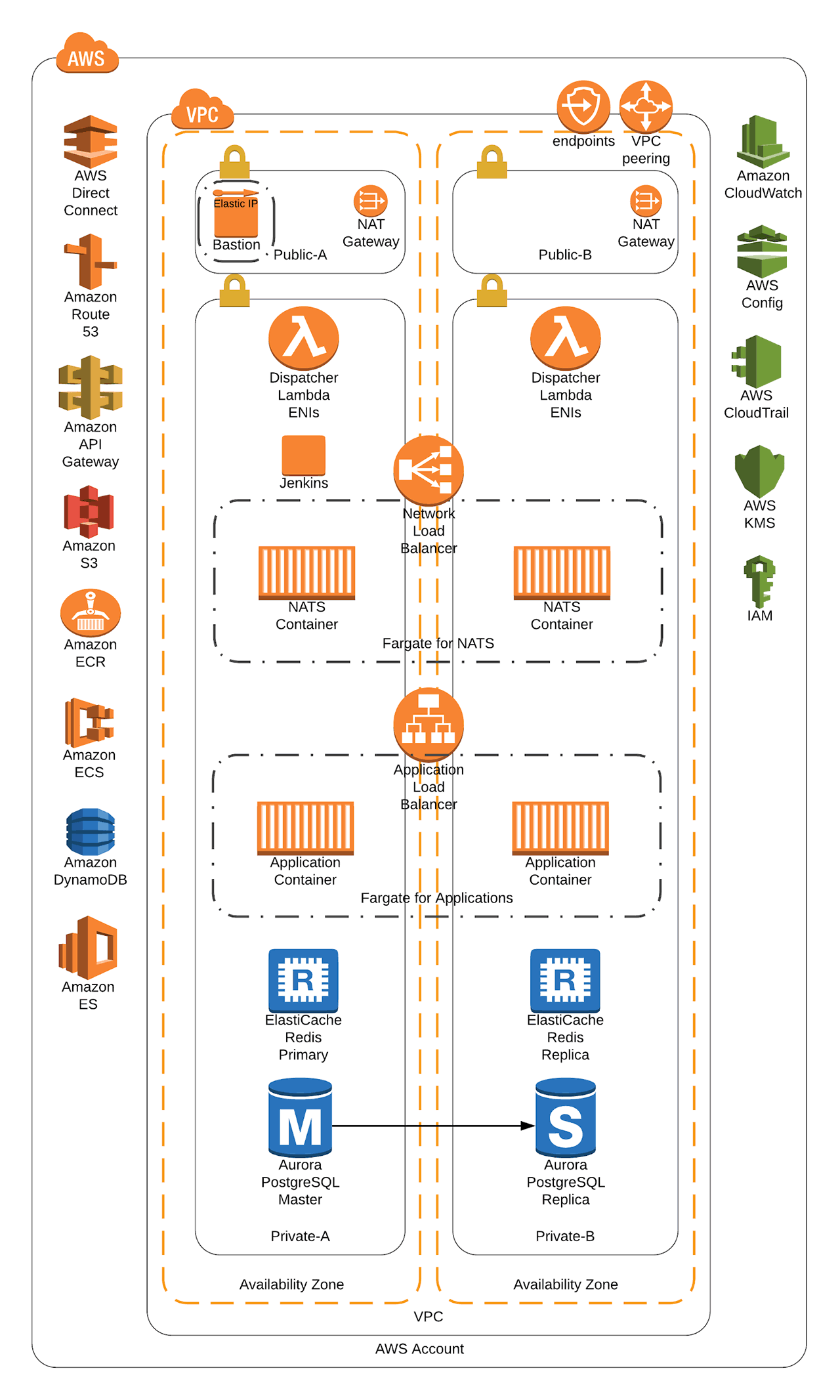 The team leveraged the AWS Server Migration Service for the server migration. Backup/restore (full and differential backups) process was chosen for the databases migration.

Thanks to ClearScale’s methodology, all applications and data were migrated consistently, with minimal impact to StayWell’s services. ClearScale assisted StayWell with post-migration problem remediation as well.

While facilitating the migration, the ClearScale team started in on the automation project, which was to be designed and built following best practices for HIPAA-eligible architecture in the cloud. The project entailed complete automation of infrastructure provisioning and application delivery.

AWS Elastic Container Service (ECS) with the Fargate launch engine was chosen as a key element of the new microservices platform, to deploy, configure, and scale all applications. The fully managed Amazon Elastic Container Registry (ECR) was used to store and manage container images, while an Amazon Application Load Balancer routed traffic to services. 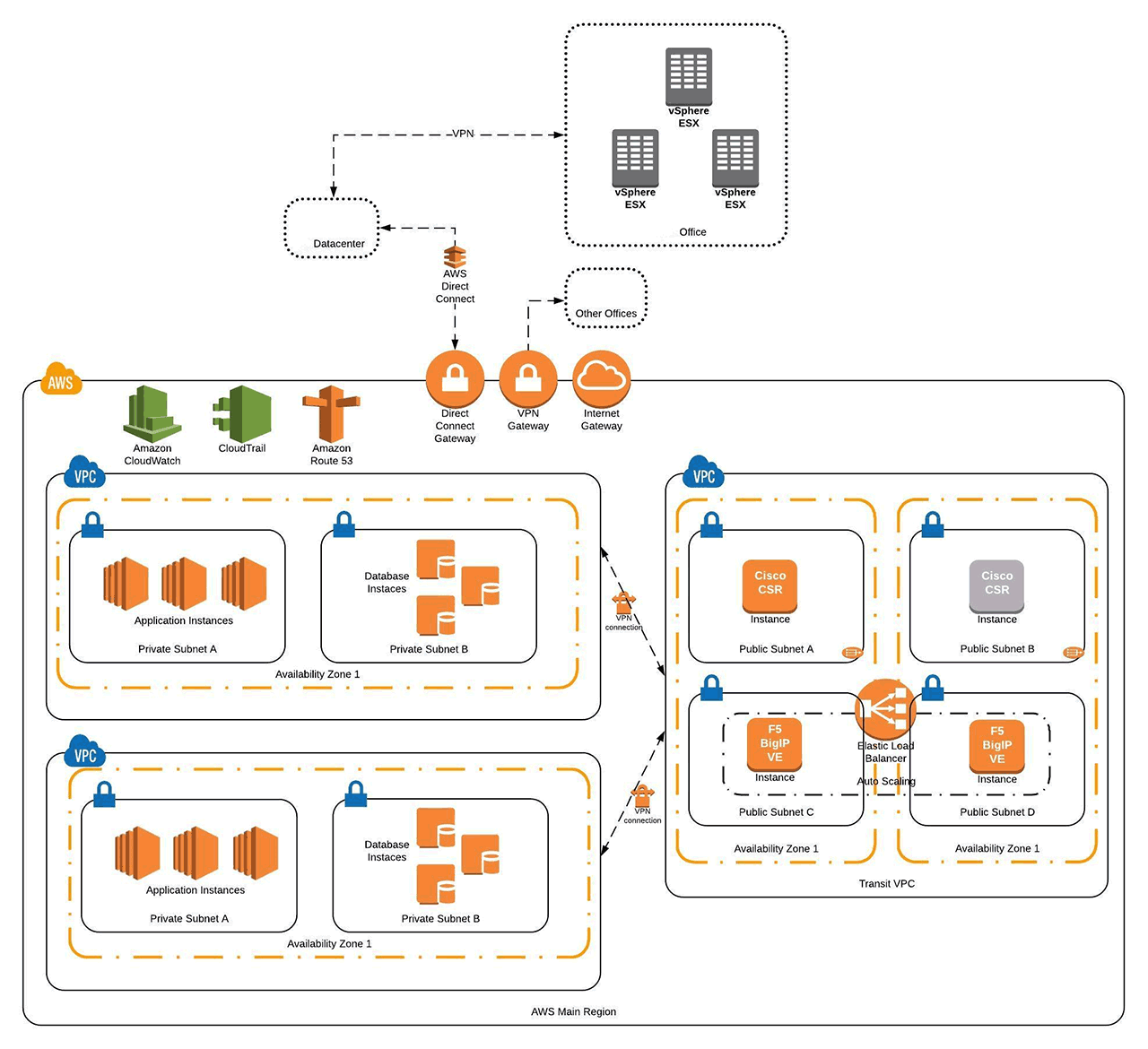 The StayWell migration was a complete success. ClearScale migrated hundreds of client systems, including Windows-based systems, Linux-based systems, and Microsoft SQL databases, to the AWS Cloud, while decommissioning some legacy systems as well. Using the AWS SMS enabled ClearScale to migrate these systems in parallel with up to 100 concurrent syncs, and resulted in a 200% faster migration.

Thanks to the migration, network complexity was dramatically simplified from 80 VLANS spread between nine StayWell domains to 36 VLANS. In addition, the AWS SMS allowed ClearScale to migrate these VLANs completely intact, without name or IP changes, which was extremely important due to the fact that so many were legacy systems.

Given that the migration had to take place in one month, cost savings were not the primary goal. However, in future phases, StayWell will leverage AWS managed services, such as Amazon Relational Database Service (RDS), to consolidate databases and reduce costs.

The automation project went equally well. StayWell now has a new microservices platform that supports horizontal auto-scaling, to handle increased loads whenever they occur. The platform’s loosely coupled, distributed architecture allows each portion to be scaled independently, for managing hundreds of services with greater granularity.

With their new, HIPAA compliant, highly available platform and automation tools, StayWell can build and run more highly secure and reliable applications, and not worry about the underlying infrastructure.