SavvyMoney revamped IT infrastructure is now more scalable, cost-efficient, secure, and faster overall, thanks to its new CI/CD pipeline.

SavvyMoney provides integrated credit score and personal finance solutions for online and mobile banking platforms. Over 125 credit unions and banks use SavvyMoney solutions to deliver free credit scores, reports, and daily monitoring to their customers. SavvyMoney features a pre-qualification offer engine that displays targeted offers from financial service partners to customers. These offers are based on each customer’s credit scores, so they know which offers they qualify for, along with their rates.

"We have a strong commitment to AWS for infrastructure and platform services which allows us to focus on our software. We engaged ClearScale to ensure that we could continue to stay on top of our game in both AWS platform and infrastructure. This project helped us assess our current situation, identify improvements and modifications, and implement these changes efficiently and effectively. SavvyMoney and ClearScale teams collaborated throughout the project from assessment to implementation. We consider ClearScale to be a valued and long-term partner."
Lon Huffman
CTO/COO at SavvyMoney

Currently, SavvyMoney is working with more than a hundred financial institution partners, but this number is projected to more than triple by next year. Since they have an existing Amazon Web Services (AWS) environment, they needed to build a new environment that would scale according to their anticipated growth and new requirements.

In addition to the new AWS system implementation, SavvyMoney needed to automate more of their deployment process, so they could continue to grow and release new features at the speed of innovation.

SavvyMoney reached out to ClearScale for this infrastructure project with focus on Containers and DevOps. As an AWS Premier Consulting Partner with DevOps competency ClearScale offered the deep knowledge and expertise in AWS that would help SavvyMoney scale and grow.

Building the new AWS environment was key to maintaining continuity so that SavvyMoney could react quickly to stay ahead of a fast-evolving business environment. The ClearScale team refactored and modernized the entire infrastructure. This improved scalability, lowered technology costs, increased the speed of feature releases, and optimized operations.

As part of the project, ClearScale deployed a large number of AWS services and infrastructure improvements. Here are just a few of them:

EC2 Container Service (ECS): These clusters of applications were grouped by hardware and scaling requirements, then used to launch and scale microservices.

The diagram below provides more details on the ECS configuration: 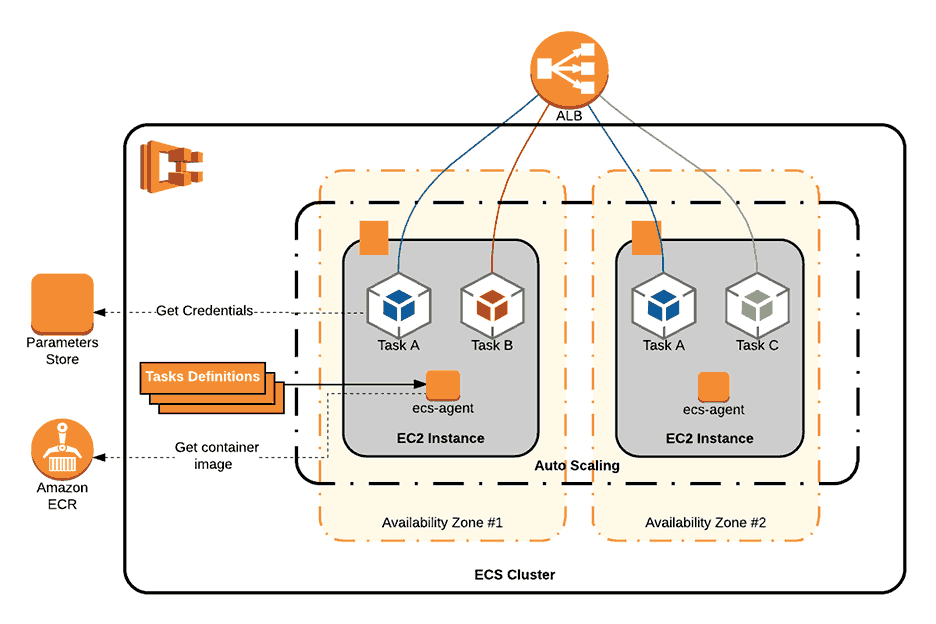 Since SavvyMoney has its own Jenkins workflow development processes, ClearScale implemented Continuous Delivery (CI) in a way that didn’t affect these processes. The ClearScale team used AWS CodePipeline and CodeBuild to implement CI/CD for ECS Services.

See the diagram below for more details: 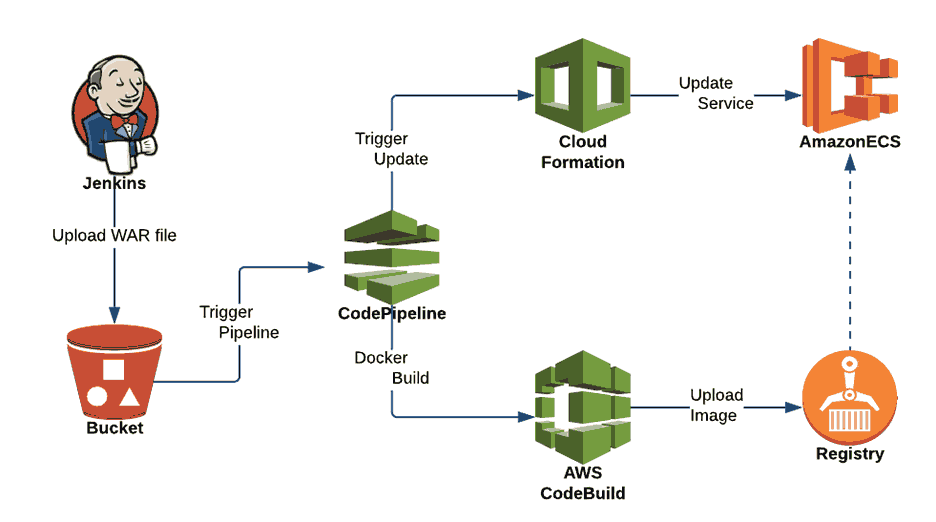 The ClearScale team also used AWS CloudFormation to deploy and manage the various infrastructure resources in its cloud environment:

Backups and Disaster Recovery: An enhanced disaster recovery strategy needed to be implemented according to the required Recovery Point Objective (RPO) and Recovery Time Objective (RTO).

Centralized Logging: The Amazon Elasticsearch Service, Amazon Kinesis, and Kibana (or EKK) stack was deployed to manage this. It eliminates deploying, managing, and scaling a centralized logging aggregation solution. The EKK stack allowed SavvyMoney to focus on analyzing logs and debugging applications, instead of managing and scaling a system that aggregates the logs.

See the diagram below for more detail on the centralized logging setup:

Security: A system monitoring solution for malicious activity or policy violations, was used for intrusion detection. It’s launched on each ECS node, and delivers messages to each EKK stack. Any detected activity or violation is either reported to an administrator or collected centrally.

Custom bootstrap scripts injected to each container retrieves necessary values from parameters store and replaces placeholders in configuration files during starting up of ECS services. This makes Docker containers independent from environment specific configurations which means the same Docker image can be launched and connected to any environment specific backend services such as RDS or ElastiCache.

ClearScale is about to deliver the new AWS environment to SavvyMoney on schedule, giving the customer the advantages of: