Qure4u has a secure, scalable, and highly available environment for its new patient engagement app.

Qure4u is a growing healthcare startup that developed a unified patient-engagement app that offers patients and providers an integrated platform supporting the entire patient care journey.

Qure4u has engaged more than 2 million patients and continues to grow as the “digital front door” that empowers patients with self-service tools to manage their health from anywhere. Qure4u drives practice efficiency, enhances clinical insight and improves patient engagement, outcomes and satisfaction.

"ClearScale was the perfect partner to help us design and deploy our new, highly scalable, high availability and HIPAA compliant AWS SaaS environment. Their knowledgeable team is very well versed in current AWS technologies and best practices. The ClearScale team was easy to work with; in a very tight timeline they worked as an extension of our internal teams to guide us from design all the way through migration onto the new environment. We had a great experience working with ClearScale on this DevOps and migration project and will continue to leverage their expertise going forward."
Curtis Stanley
Chief Operating Officer & Chief Administrative Officer, Qure4U

As its flagship application grew, Qure4u needed to transition from a development environment to a production-ready infrastructure. In addition, Qure4u acquired a large client that required onboarding to a new system in less than three months.

The company needed a design that would be scalable, cost-efficient, highly available and most importantly compliant with HIPAA. To hit this target, Qure4u’s needs demanded a robust Continuous Development (CD) and Continuous Integration (CI) pipeline be included in the design. Finally, Qure4u sought to migrate their application and dependencies to the newly created environment.

ClearScale performed a needs analysis with the Qure4u team, delivering a dynamic proposal that provided laser-focused guidance and vision that not only addressed current needs, but also projected future growth needs.

After Qure4u approved the proposal, ClearScale’s expert team went to work deploying a CI/CD Pipeline, as well as staging and development environments. The team evaluated the organization’s requirements and optimized the process through ClearScale’s DevOps approach – a fundamental operating principle that is the foundation of all client engagements.

A content delivery network (CDN) service, CloudFront, improved performance and data delivery within an ultra-secure environment. Qure4u’s front-end application was deployed as a CloudFront distribution and S3 bucket while the back-end application used the Auto Scaling Group in three Availability Zones behind the application load balancer for high availability.

To address these availability requirements, the new architecture employed multiple AWS Availability Zones to provide alternate storage site capability for data stored in Amazon S3 and Amazon RDS databases. Amazon S3 stores and retrieves any amount of data from anywhere on the web. The system is designed to deliver nearly 100% durability and scale past trillions of objects worldwide.

The new deployment also applied Amazon ElastiCache for Redis — a lightning-quick, in-memory data store. The solution provides sub-millisecond latency to power Qure4u’s internet-scale, real-time applications. The key advantage of ElastiCache for Redis lies in the fact that it combines the speed, simplicity, and versatility of open-source Redis with manageability, security, and scalability from Amazon to power applications such as Qure4u’s patient-engagement solutions.

ClearScale also installed AWS WAF, a firewall that protects applications from common online exploits that could hamper application availability, compromise security or consume excessive resources. The presence of such a robust security measure is especially important in maintaining HIPAA compliance.

To fully address HIPAA issues, ClearScale’s audit examined every aspect of the deployment and migration to ensure it complied with federal and state regulations concerning health privacy. For example, ClearScale ensured the system retained logs for up to six years per HIPAA requirements. The team also made sure the cloud products embraced the AWS Business Associate Addendum — another HIPAA necessity. In addition, the ClearScale team recommended a password policy on AWS to specify complexity requirements and mandatory rotation periods for user passwords per HIPAA compliance standards.

Finally, ClearScale created a seamless migration of Qure4u’s data to the cloud with zero downtime — a clear demonstration of the team’s high level of competency with AWS. ClearScale’s migration methodology included a period of road-mapping to facilitate cloud-deployment as well as an infrastructure audit to examine the existing infrastructure and compare it to current standards and best practices in security, availability, scalability, infrastructure automation, monitoring, proactive prevention of failures, and disaster recovery. At every step, the team tested the functionality at scale and high load. The cutover process from the old app to the new cloud deployment exceeded expectations. 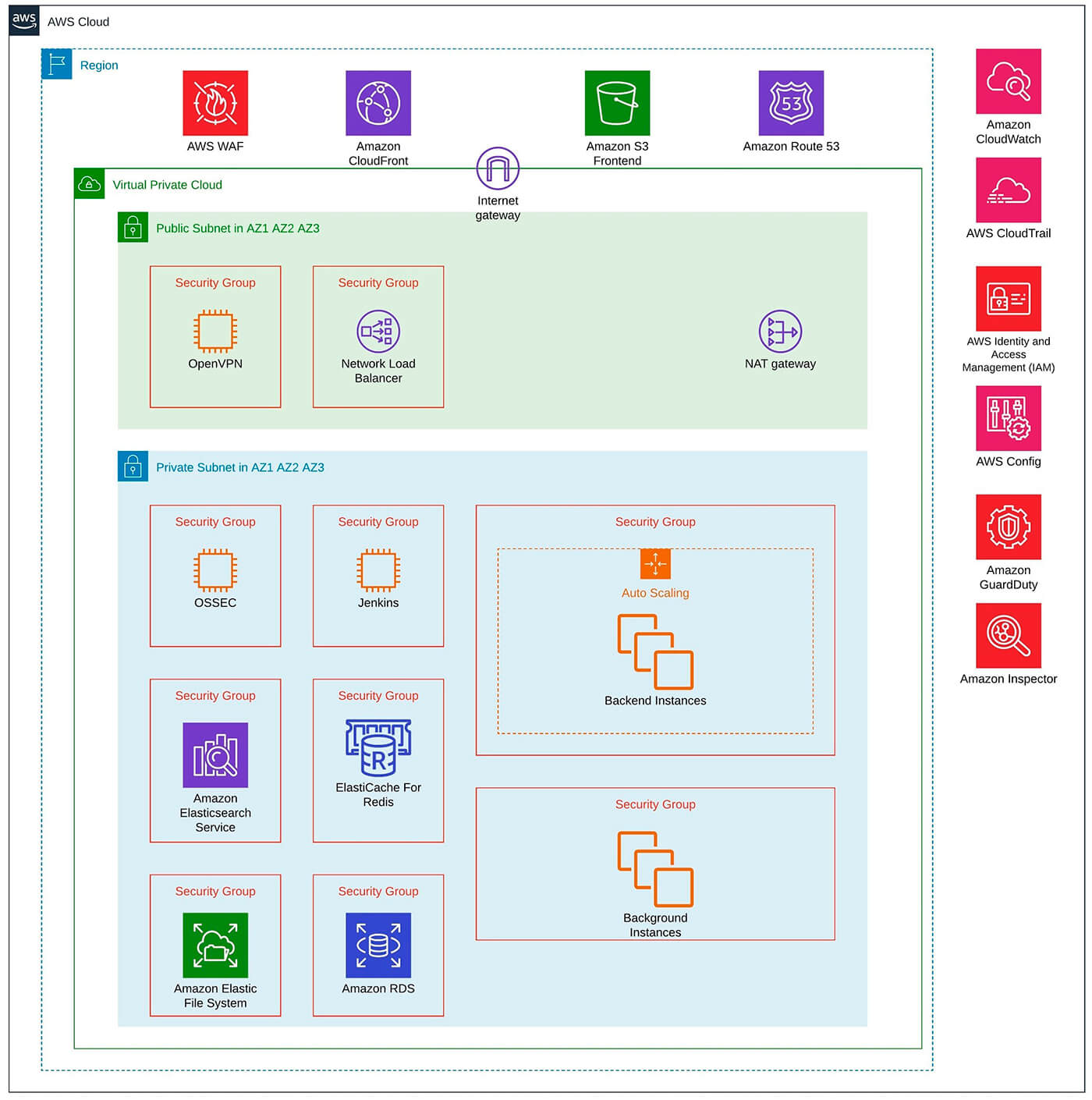 At the project’s conclusion, Qure4u welcomed a secure, scalable and highly available environment to ensure the continued success of the patient-engagement app and the foundational architecture that powers it. The design, deployment and migration all met HIPAA requirements and will continue to maintain compliance going forward. Qure4u’s patient-engagement app will continue to flourish, backed by the confidence in the fact that the application infrastructure is using the full array of best practices when it comes to security and architecture guidelines. With an automated infrastructure powered by AWS solutions, and ongoing partnership and support from ClearScale, the company will continue to onboard a growing influx of healthcare industry clients in a matter of hours rather than days.