PlanSource wanted to migrate and improve its disaster recovery process on the AWS cloud but didn’t have the in-house capabilities to do it.

PlanSource recently decided it was time to migrate to Amazon Web Services (AWS) from an on-premises data center before the open enrollment period started. But first, PlanSource wanted to test a migration strategy on a smaller project centered on improving its existing disaster recovery (DR) process. This kicked off the search for a third-party migration specialist. As an AWS Premier Consulting Partner with extensive migration experience, ClearScale was the perfect choice.

Before migrating to AWS, PlanSource relied on IT infrastructure that was provisioned to operate at peak capacity, which only really mattered during open enrollment season. The platform’s traffic would fluctuate throughout the year, reaching its highest demand when employees had to choose their health plans and benefits for the following year. By moving to a consumption-based pricing model, PlanSource would reduce infrastructure costs significantly during non-peak times. But before executing a full migration, the company wanted to conduct a pilot run that would involve updating the existing DR process.

What made things more difficult was that PlanSource operates multiple environments with different purposes. Many of these environments are interconnected and rely on the same data sources. Moreover, they each require their own DR copy. PlanSource needed these copies to be easy to manage, cost-efficient, and reliable in case of primary site failures.

Given the complexity and scope of the project, PlanSource reached out to ClearScale for help. ClearScale has a Migration competency from AWS and many years of experience migrating infrastructure to the cloud, which is exactly what PlanSource needed.

"ClearScale brought the right resources with the right consultative approach to help us with our problem. The project was delivered on-time and on-budget. Plus, we were able to gain valuable knowledge of AWS through hands on experience and teaching from the talented team assigned to our project."
Justin Kazmark
VP of Product Transformation, PlanSource

As recommended by the program, ClearScale led PlanSource through a migration readiness assessment to determine if the company had any gaps in its cloud preparedness. Next, ClearScale evaluated PlanSource’s infrastructure and came up with detailed requirements for what the benefits platform would need from an infrastructure standpoint on the AWS cloud.

A major part of the plan included figuring out a new DR approach and making changes to the company’s IT architecture accordingly. ClearScale evaluated PlanSource’s DR environments and identified isolated islands of operation. Fortunately, these could be moved together without affecting other parts of the core application.

Furthermore, ClearScale proposed future architecture changes to the PlanSource team. ClearScale recommended that PlanSource adopt Kubernetes to orchestrate containerized applications and Amazon Aurora to replace the legacy database. PlanSource also had the potential to improve how it logged and monitored ongoing procedures, leading ClearScale to suggest using centralized log storage with event notifications and related analytics. Finally, ClearScale engineers believed that Amazon MQ and Amazon Simple Queue Service would offer advantages on the messaging side, and made this recommendation as well.

ClearScale packaged these recommendations up in a document that clearly explained all aspects of the migration and modernization process. The team created a migration schedule and provided a detailed estimate of how much PlanSource would save if it moved forward with the full migration. After reviewing ClearScale’s readiness assessment and migration plan, PlanSource was ready to get started with the DR migration pilot.

One important characteristic of AWS’ MAP program is that it encourages companies to build “centers of excellence” within their organizations - teams of people who understand the process and technology involved in cloud migrations. The program is designed to help server and storage operators evolve into cloud operators who can build development plans for other teams as well. ClearScale worked with PlanSource to establish its center of excellence and then proceeded with building a new landing zone for two pilot DR environments.

ClearScale developed PlanSource’s landing zone according to the latest AWS best practices and customized it to the organization’s operational and security requirements. Next, ClearScale deployed the landing zone with AWS Control Tower and AWS Organizations and improved the client’s networking and monitoring capabilities along the way.

The last step was to move the two pilot DR environments to the new cloud environment. This allowed ClearScale to validate the migration plan, test the new DR automation setup, switch internal and external DNS names, turn on compute instances, and start the application up on AWS. It also enabled ClearScale to switch data sources from the client’s primary data center to AWS RDS MySQL instances. After migrating the two pilot environments and configuring them for DR automation, ClearScale trained PlanSource staff on how to deploy, operate, and customize them using AWS tools. 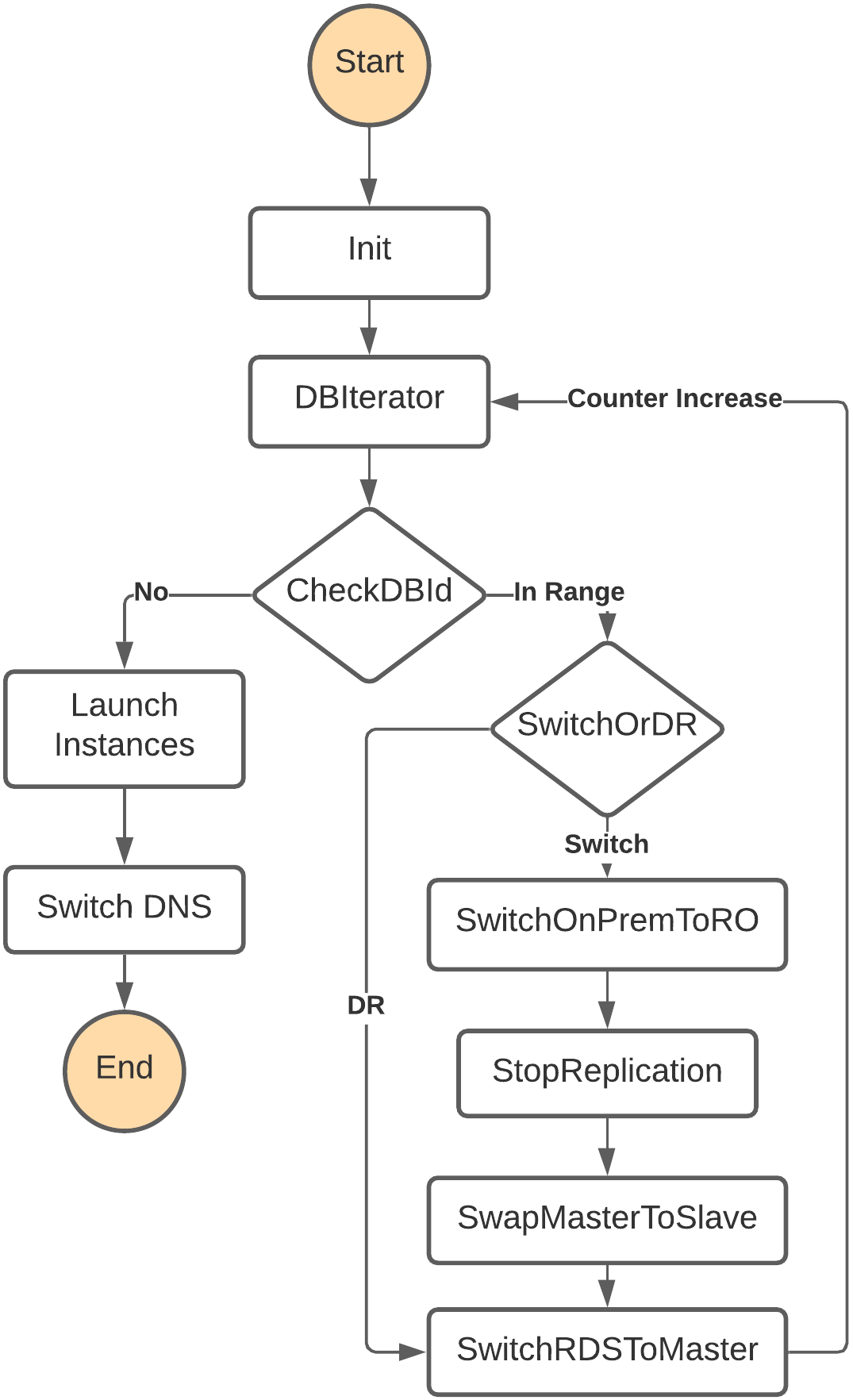 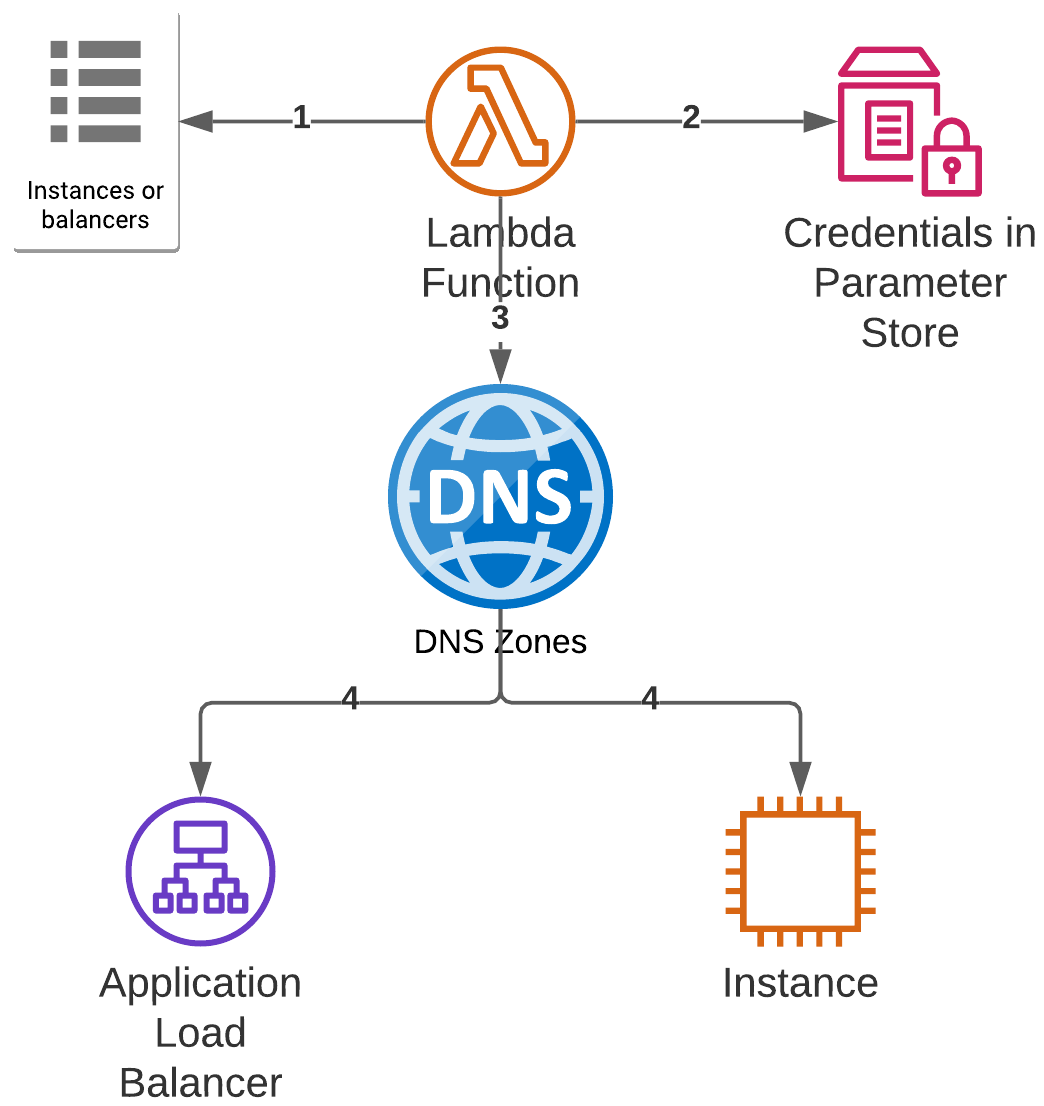 Thanks to ClearScale’s support, PlanSource’s pilot DR migration to the cloud was seamless. ClearScale’s experts worked closely with PlanSource every step of the way to mitigate risks and pave the way for a smooth journey. The client’s disaster recovery process is now much more reliable and cost-effective. The engineering team is confident in its revamped DR capabilities and has the tools to design, perform, and repeat DR operations easily. And if PlanSource were to run a fully provisioned disaster recovery operation without any further improvements, the process would already be 30% less costly over a five-year period.

On top of that, PlanSource now has first-hand experience with the leading cloud services provider on the market. The company understands how to automate, deploy, and modernize infrastructure to improve IT productivity, which set the stage for PlanSource’s full-scale migration.