PestRoutes wanted to migrate away from a hosted environment and improve the elasticity, reliability, and security of its IT infrastructure.

PestRoutes’ IT infrastructure is more performant, cost-efficient, and stable, thanks to the AWS services and design principles ClearScale used in building the company’s new cloud-based environment.

PestRoutes® is a software solution that enables pest control and other field services businesses to optimize various aspects of their operations. Over 2,000 companies use PestRoutes today to increase technician efficiency, streamline office management, evaluate performance, drive sales, and more.

PestRoutes wanted to execute a lift and shift migration to Amazon Web Services (AWS) away from a hosted on-premise environment with the goal of improving elasticity, scalability, and cost-efficiency. The company chose ClearScale, an AWS Premier Consulting Partner, to ensure a successful migration and position PestRoutes for long-term success on the cloud.

“ClearScale had the expertise we required to migrate our services quickly and seamlessly from an on-premises environment into AWS, while also adapting new technologies for current and future growth. These technologies provide us much needed flexibility, allow us to save on costs, and provide additional capacity in times of high demand to scale up and down with our customers' needs!”
Mykola Machnowsky
VP, Infrastructure and Security, PestRoutes

Prior to migrating to AWS, PestRoutes was handling 40,000 transactions per second across 14 MySQL database servers, 14 application servers, and 3 file storage servers all located in an on-premise data center. However, PestRoutes felt that the service was not sufficiently handling its needs and that its ability to recover from a disaster scenario as well as scale on-demand for the seasonal nature of its business was not adequate, and the on-premise environment would not be able to scale with the company’s growth.

PestRoutes’ IT environment could also be unstable from time to time and occasional downtime incidents occurred. The leadership team envisioned that by migrating to the cloud, the company could take advantage of managed services or serverless architecture to mitigate downtime risk and maximize the overall performance of its IT infrastructure.

With these goals in mind, PestRoutes reached out to ClearScale, knowing the cloud consultancy had a Migration Competency from AWS and significant experience in helping companies of all sizes move mission-critical IT assets to the cloud.

ClearScale first hosted discovery sessions with the PestRoutes team to learn more about the company’s ultimate objectives. Based on early conversations, ClearScale developed a robust Architecture Design Document in collaboration with PestRoutes that described the company’s future-state solution in significant detail. The teams recorded strong ideas for how to best leverage the AWS cloud environment to suit PestRoutes’ needs and goals.

For instance, PestRoutes determined that adding a Disaster Recovery region to its cloud solution would boost overall uptime dramatically. ClearScale was tasked with implementing Infrastructure-as-Code (IaC) automation to reduce PestRoutes’ infrastructure management responsibility. The team used Terraform and Terragrunt to implement these updates.

In addition to incorporating IaC into PestRoutes’ IT architecture, ClearScale developed a CI/CD pipeline to automate much of PestRoutes’ application deployment process. ClearScale used both Jenkins and AWS CodeDeploy, a fully automated deployment service that integrates with many AWS compute services, including Amazon EC2, AWS Lambda, and AWS Fargate, to equip PestRoutes with important DevOps capabilities.

Next, ClearScale initiated the deployment phase with the development environment and then worked up to the production and DR environments. Throughout the process, ClearScale and PestRoutes performed testing to ensure the deployments were operating as expected. Both teams also executed right-sizing tasks to ensure PestRoutes was only using compute resources it needed, regardless of fluctuations in service demand.

After completing all implementations and testing, ClearScale worked with PestRoutes to plan the final cutover to AWS. ClearScale suggested multiple cutover dates in order to migrate customers over in batches over several weeks. By the end, all customers were migrated over successfully to the new environments in AWS and ClearScale was able to transfer all operating knowledge over to the PestRoutes team. 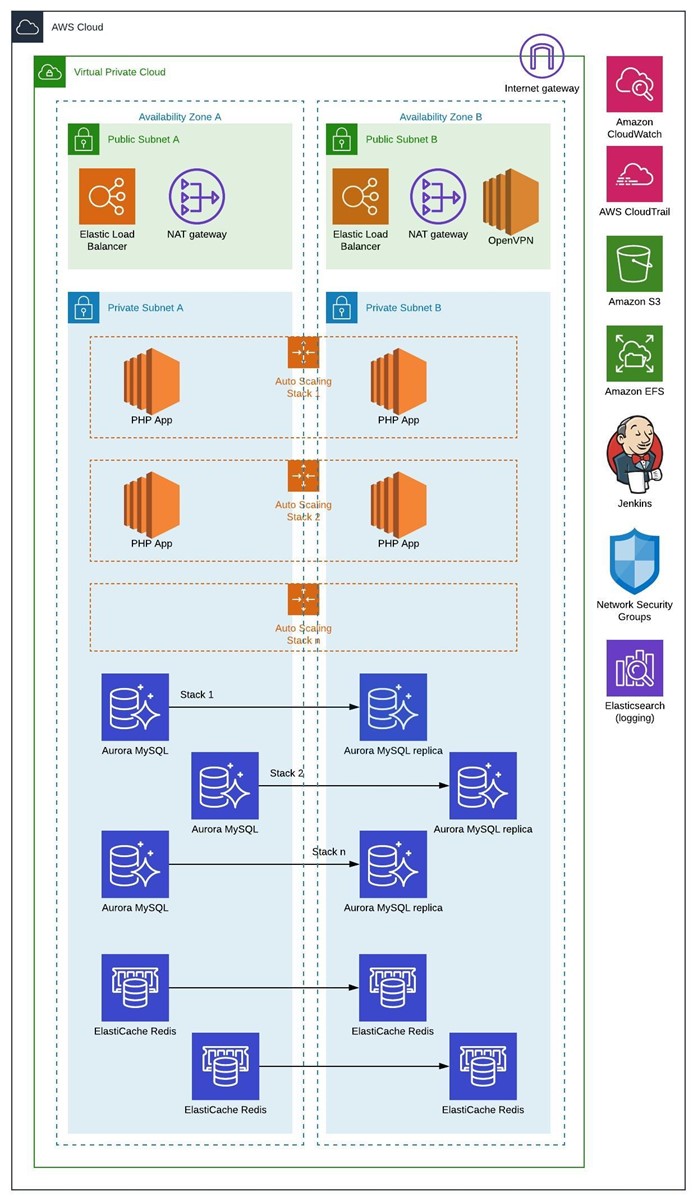 As a result of the AWS migration project, PestRoutes gained a well-architected solution on the cloud capable of auto-scaling with user demand and fulfilling all business requirements. PestRoutes’ IT infrastructure can now flex with seasonal demand without incurring costs for unused resources. The company also enhanced the security, stability, and reliability of its IT infrastructure through its newly configured Disaster Recovery environment.

ClearScale’s cloud expertise was especially valuable for optimizing PestRoutes’ performance on the cloud and ensuring the company got as much value as possible out of its IT assets. ClearScale also set PestRoutes up to leverage other powerful AWS services in the future to develop new features, solutions, and products for end users. The field service software provider has what it needs to provide better services to end users and scale up in the years to come.