In Touch EMR now has a fail-safe AWS environment that minimizes downtime and meets HIPAA requirements.

When the company decided to migrate from a managed VMware environment to a self-managed, HIPAA-compliant environment in the AWS Cloud, it called upon ClearScale. By teaming up with ClearScale, In Touch EMR was able to complete a successful, efficient migration — and meet its objectives for a reliable, secure, and compliant cloud environment.

"ClearScale provided us with all the tools and insight necessary to complete a successful transition to AWS. They have multiple personnel with a diverse set of skills, essential to get the most out of the AWS architecture. Not only did they possess the technical knowledge to streamline the transition but they were genuinely interested in our success and did everything in their power to support our company. The thing that impressed us the most was their demonstration of empathy, patience, and a level of organization that is hard to find in today's fast-paced environment. We are already discussing our second engagement with them and look forward to working with them in the future. If you are considering an AWS service partner, look no further than ClearScale. You will get everything you need and a lot more. I'm happy to talk to anyone about my direct experiences with them since they have exceeded our expectations."
Nitin Chhoda
In Touch EMR and In Touch Biller Pro, PT, DPT

By itself, a migration from one cloud vendor’s environment to another can be complex and fraught with concerns about downtime and data loss. Things get even more complicated when the IT environment deals with electronic protected health information (ePHI). That means the Health Insurance Portability and Accountability Act (HIPAA) comes into play and, with it, special security protocols and processes that are required for compliance.

That was the case for In Touch EMR. Because its products involve handling large amounts of ePHI, it was a given that when the company moved from VMware to AWS, it would require a HIPAA-compliant environment. The new environment would also be self-managed, requiring the In Touch EMR team to take on responsibilities previously handled by a service provider.

The company knew it could handle the migration. However, it wanted the assistance of a partner that could provide guidance and documentation to ensure the migration would be efficient with minimal disruption to its operations. It also wanted to ensure that the new environment would be architected to meet HIPAA requirements as well as its specific needs. With the move to AWS, the In Touch EMR also wanted to make optimal use of AWS services.

As an AWS Premier Consulting Partner with a competency in Healthcare, among other areas, ClearScale had both the proven expertise and extensive experience InTouch EMR desired in a partner.

ClearScale kicked off the project by gathering In Touch EMR’s business and technical requirements. From there, the ClearScale team developed the architecture design featuring various AWS services. That included Amazon Elastic Compute Cloud (Amazon EC2), a web service that provides secure, resizable compute capacity in the cloud, and Amazon Relational Database Service (Amazon RDS), which makes it easy to set up, operate, and scale a relational database in the cloud. AWS CloudFormation was incorporated to provision resources in a safe, repeatable manner, allowing In Touch EMR to build and rebuild infrastructure and applications without having to perform manual actions or write custom scripts. Jenkins, an open-source automation server that enables developers to reliably build, test, and deploy software, was also included for application deployment automation. 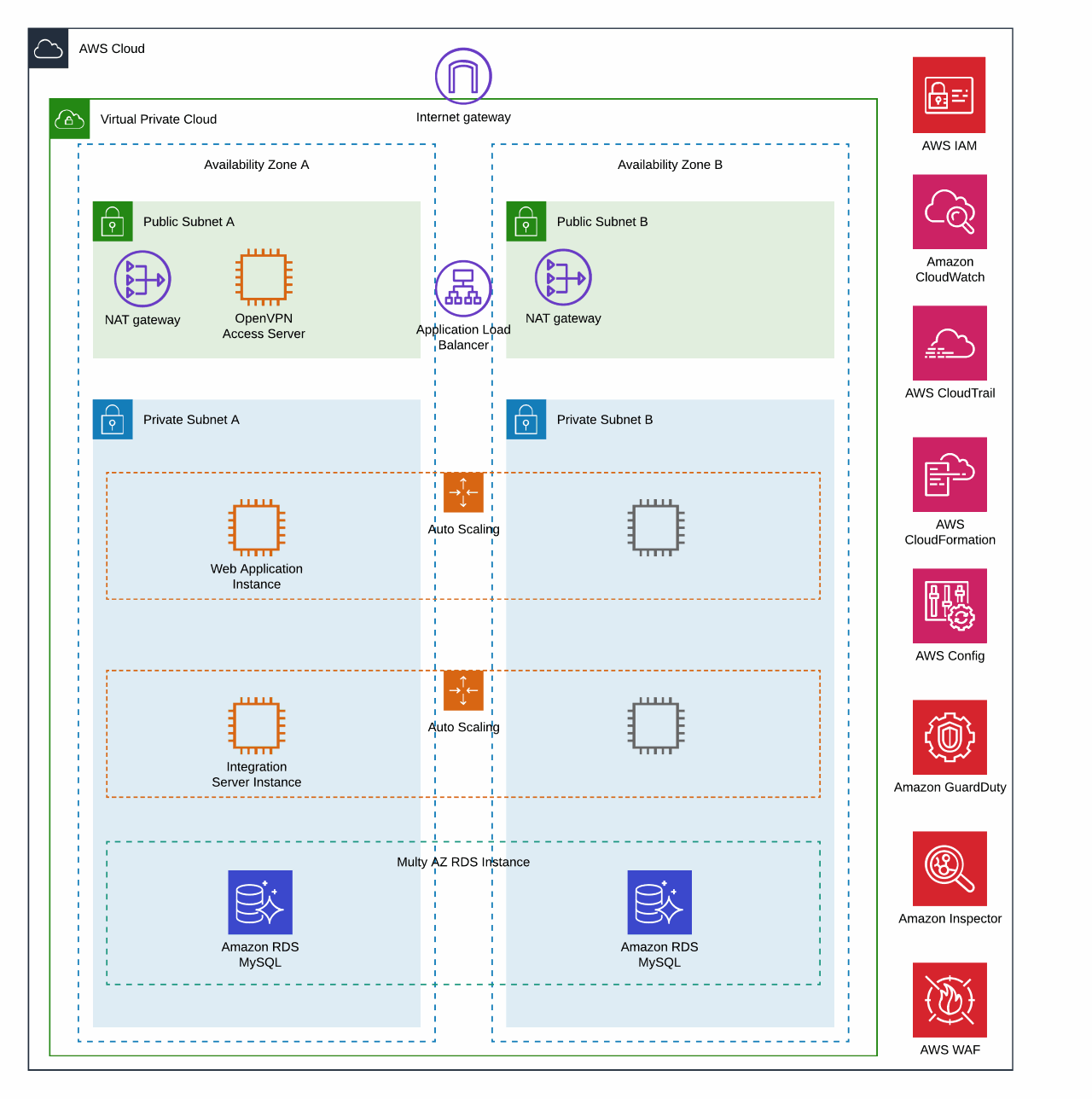 ClearScale also assisted In Touch EMR’s team in configuring and deploying the AWS networking infrastructure and setting up the application in a self-healing multi-Availability Zones (AZ) configuration. In the event of an infrastructure failure, Amazon RDS would perform an automatic failover to the standby so database operations could resume as soon as the failover is completed. There’s no need for manual administrative intervention.

In Touch EMR now can run its workloads in a fail-safe, self-healing AWS environment with confidence that any instances of downtime will be mitigated. The company also has peace of mind that its new cloud environment meets HIPAA requirements, which translates into peace of mind for its customers as well.