Gaia Online needed to migrate its infrastructure to AWS to improve stability and minimize downtime for its platform.

Gaia’s applications now have a durability rate of 99.99% and can dynamically adjust to demand over multiple Availability Zones.

Offering a browser-based collection of interactive games across a wide range of genres, Gaia Online is one of the world’s largest anime-themed web communities. For more than 15 years, it has remained one of the best places on the web for teens and young adults to hang out online, play games, explore virtual worlds, share common interests, and be an active a member of an incredibly vibrant community. Its forums sit at the heart of its network, enabling community members to discuss comics, science fiction, fantasy anime, and everything else in between.

Gaia Online faces the constant challenge of quickly deploying new games and features — while minimizing the risks of outages or disruptions to their users. Seeking a new infrastructure to meet their ever increasing traffic demands, they identified the value of managed services and service elasticity. Gaia decided to switch to the AWS platform to realize the benefits of public cloud. Gaia hired ClearScale, an AWS Premier Consulting Partner, to migrate their entire infrastructure to AWS. ClearScale designed an efficient, customized solution that provides automated scaling, simplifies the building and deployment of new applications, and improves overall security posture.

ClearScale’s speedy infrastructure migration had a powerful impact on Gaia’s mission to keep its community happy, engaged and safe. AWS gives Gaia high availability in regions around the globe, delivers a near-100% up-time, and provides robust security — while lowering its long-term hosting costs.

"Working with ClearScale has allowed us to migrate to AWS successfully. With the expertise of the team, we have benefited from seamlessly migration and cost savings we otherwise may not have. Moving hundreds servers from Equinix to AWS is very challenging, ClearScale not only provided a perfect solution but also delivered the results professionally. The successful AWS migration positions Gaia to continue grow in the future."
James Cao
CEO

When your community has more than 25 million registered users, it’s critical for your underlying operations to remain stable at scale. Traffic can be spiky and unpredictable at times. Gaia needs the infrastructure to automatically respond to these changes without service disruption. Considering users have posted, on average, upwards of a million posts every day, elasticity and robustness of the infrastructure are paramount for supporting this 24/7 global community.

Gaia’s infrastructure was originally hosted in an Equinix data center with more than 200 physical and virtual machines. When its contracts were set to expire, Gaia wanted to use the opportunity to migrate its infrastructure to AWS in order to take advantage of AWS’s managed services and service elasticity.

Because of the wide range of gaming services its community has come to expect, it was vital for Gaia to find a solution that could quickly deploy new games and features while minimizing the possibility of outages or downtime. Such features as auto scaling, high availability and an improved code deployment and management system using Jenkins CI and AWS Code Deploy services made it clear that AWS would be Gaia’s ideal cloud infrastructure — not to mention the significant cost savings Gaia would also enjoy.

After determining that AWS was the best solution, Gaia approached ClearScale, an AWS Premier Consulting Partner, to submit a proposal to migrate its entire infrastructure to AWS.

To enhance the stability of Gaia Online and its gaming services, ClearScale developed a stable, automated solution that’s easily recoverable in the event of a disaster.

For scalability and recovery, ClearScale employed AWS Auto Scaling Groups to monitor Gaia’s applications and automatically adjust capacity to maintain steady, predictable performance. With AWS CodeDeploy, ClearScale made it possible for Gaia to quickly build and deploy new applications with little to no downtime. This enabled Gaia to run Jenkins, an open-source automation server used for continuous integration.

Finally, to improve Gaia’s infrastructure security, ClearScale introduced AWS Systems Manager Parameter Store as a credentials storage manager for configuration data management and secrets management. Considering Gaia’s sheer number of users and online transactions, it was essential to have a secure data management solution for storing user passwords and database strings. The security infrastructure was also enhanced with a VPN and Private subnets to help maintain its public-facing site without exposing its backend servers. 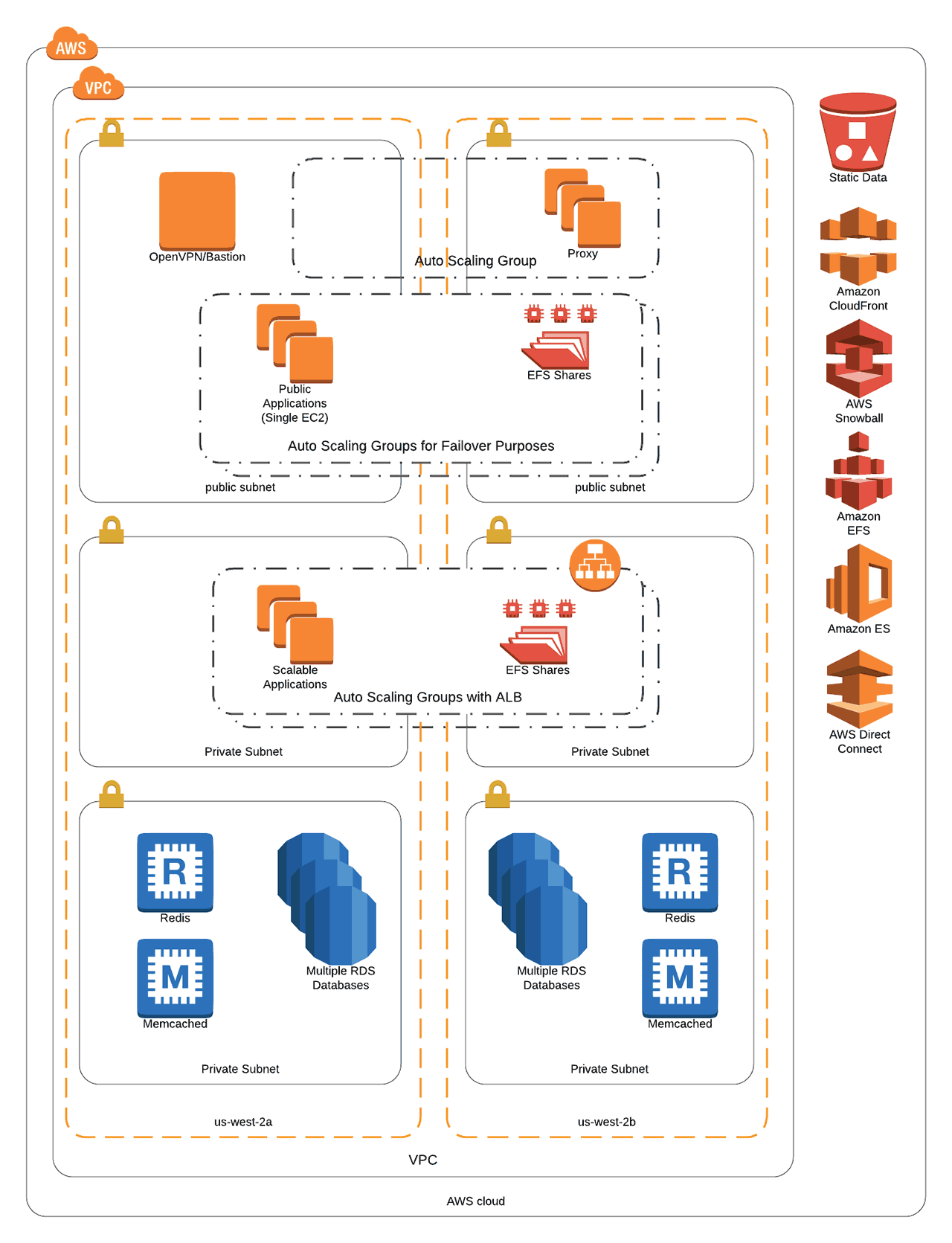 Gaia chose to partner with ClearScale because of its breadth of expertise and its status as a trusted AWS partner. The result was a speedy infrastructure migration that ultimately reduced Gaia’s long-term hosting costs, resulting in happier users able to stay better engaged with their community.

Thanks to AWS Auto Scaling capabilities, Gaia’s applications can dynamically adjust its capacity needs on-the-fly without the need for extra intervention. Because AWS keeps its cloud computing resources in multiple Availability Zones distributed among its state-of-the-art data centers throughout the world, Gaia enjoys high availability in every region of the globe.

Gaia continues to grow exponentially year-over-year, and it shows no signs of slowing down. Its community remains active because of the bonds made between users sharing their like-minded interests. After partnering with ClearScale for its AWS migration, Gaia Online remains in a powerful position to continue its mission of connecting and entertaining teens with the anime-focused experiences they desire.