ClearScale refactored the storage layer, transitioned storage from EBS to AWS, and migrated the database to Aurora PostgreSQL.

Entropix now has a robust and scalable SaaS application capable of delivering its computer vision technology to users.

This patented Resolution on Demand® technology reconstructs video and still images to an order of magnitude higher effective resolution, radically improving the analytical accuracy of any computer vision application. They transcend the camera resolution barrier while reducing bandwidth and storage requirements via their AI server/cloud software layers. Entropix’s technology is useful in many sectors, including security, law enforcement, inventory control, traffic control, and autonomous driving.

"Because of the complexity involved in building our Resolution technology into a cloud software engine, we looked to Clearscale for their depth of knowledge in complex AWS applications."
Nathan Wheeler
CEO and Co-founder, Entropix

Entropix wanted to deploy a new, on-demand SaaS architecture on top of its existing video processing engine. The company aims to sell access to its proprietary computer vision technology in the future through a sophisticated web platform that charges based on usage; however, the Entropix team didn’t have the in-house technical expertise to bring its vision to life.

ClearScale began by conducting a needs assessment related to Entropix’s success criteria. Architects, engineers, and developers on the ClearScale side defined parameters for the project and mapped existing Entropix infrastructure to AWS features, keeping scalability and load balancing in mind.

Through the discovery phase, ClearScale learned that one of Entropix’s applications required a GPU instance for intensive computational tasks. As a result, the ClearScale team determined that Entropix needed to move all layers into independent auto-scaling groups with AWS.

ClearScale implemented Amazon EC2, a web service that provides resizable compute capacity in the cloud, to orchestrate the use of containers. With Amazon EC2, Entropix’s future Resolution on Demand containerized platform can flex with EC2 instances orchestrated by Elastic Container Service, depending on the number of computational tasks in the queue. As a result, the Entropix development team would not have to worry about manual scaling or load balancing, thus freeing capacity to focus on other areas.

Additionally, ClearScale recommended that CPU-based ECS tasks be deployed on the same GPU instances. After consulting with Entropix and conducting tests, the partners agreed to the change, which made the application even more efficient.

After learning more about Entropix’s technical requirements and goals, ClearScale recommended the company update its storage infrastructure to maximize flexibility and further align IT architecture with the cloud.

After validating ClearScale’s assumptions through testing, Entropix’s development team agreed that moving away from shared file storage was the best path forward. ClearScale refactored Entropix’s existing storage layer so that it could integrate with Amazon S3, an object storage service that easily scales with demand.

Amazon S3 offers advanced data availability and security, both of which are essential for Entropix’s needs. Now, the company has a powerful object storage service that it can use to hold and protect data for its new SaaS application.

The third part of the Entropix AWS application deployment demanded the use of a new cloud-native database service. ClearScale implemented Amazon Aurora, a MySQL and PostgreSQL-compatible relational database built specifically for the cloud, that provides commercial-grade functionality at a much lower overall cost. 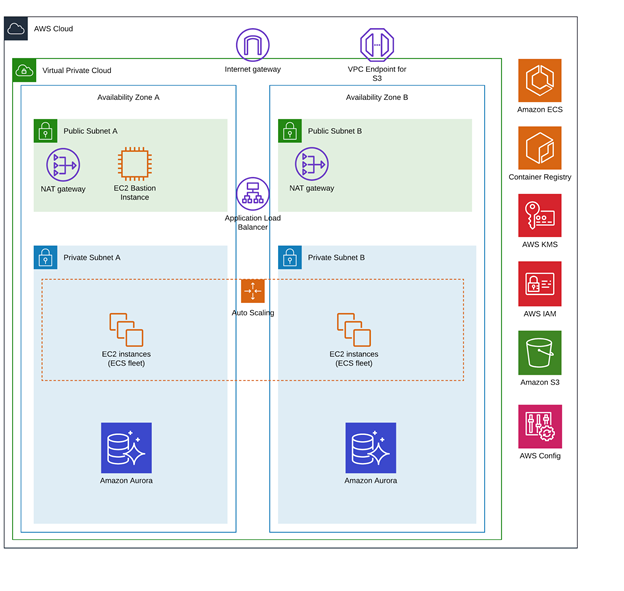 "Clearscale was able to guide us to a much more efficient and resilient architecture for our Resolution Engine in the cloud, leading to major performance gains and overall cost reductions in the final implementation."
Nathan Wheeler
CEO and Co-founder, Entropix

In less than five months, ClearScale helped Entropix design and develop a robust SaaS application that sits on top of its differentiated computer vision technology platform. The new service is built to scale with demand, thus allowing Entropix to open up its revolutionary capabilities to a much larger base of customers.

By going with an AWS Premier Tier Consulting partner in ClearScale, Entropix was also able to create its new application at a much lower cost, as well as reduce future expenditures related to data storage, processing, and application development.

Today, Entropix is much closer to monetizing access to its Resolution on Demand product. The new subsystem will serve as an integral piece of a broader SaaS-driven strategy. The company continues to work with the ClearScale team, which is currently working on implementing a UX / UI design to prepare it for commercial deployment.