Bloomreach wanted to modernize and optimize its cloud environment, which it had not updated since 2009, with new AWS features and services that have come available over the last decade.

Bloomreach’s platform is now more scalable, agile, and cost-efficient, thanks to the suite of AWS services that ClearScale implemented.

Today, Bloomreach powers more than $200B in revenue each year for business users. Marketing teams can use data-driven insights to optimize their customer acquisition and retention efforts continually. On top of that, Bloomreach gets smarter over time as it learns what customers value in a digital commerce experience.

After over a decade in the cloud, Bloomreach wanted to revisit its IT architecture, implement the latest cloud technologies, and prepare for the next stage in its life cycle. With ClearScale’s help, Bloomreach was able to make critical updates with immediate financial impact and enhance the performance of its core platform significantly.

"Clearscale was an excellent partner that came in with deep technical expertise, pragmatic mindset, and a collaborative attitude that turbo-charged the Bloomreach engineering team that resulted in outcomes that included improved efficiency, reduced cost, better quality, and higher scalability of our platform."
Xun Wang
Chief Technology Officer, Bloomreach

Bloomreach was born in the cloud back in 2009. At the time, the company implemented the best cloud services and technologies available, which enabled Bloomreach to become the successful provider of digital commerce solutions that it is today.

However, cloud computing has taken many steps forward over the last decade. Public cloud platforms, like AWS, have invested in countless new features that allow modern businesses to access powerful capabilities, including Big Data analytics, container orchestration, auto-scaling groups, and more, without needing to develop them in house. Bloomreach decided it was time to modernize its cloud environment so it could maximize its usage of these crucial capabilities.

ClearScale’s cloud experts stepped in and identified several ways Bloomreach could revamp its IT infrastructure on AWS without migrating any workloads. Bloomreach agreed to modernize on AWS and follow ClearScale’s lead throughout the execution.

ClearScale used the five-pillar AWS Well-Architected framework to hone in on opportunity areas for Bloomreach. The five pillars include:

ClearScale adjusted utilization to realign computing demand with resource consumption and removed unused instances where appropriate. With these simple changes, Bloomreach was able to reduce monthly IT spend by approximately 10%.

On the performance efficiency front, ClearScale saw an opportunity to optimize Bloomreach’s Big Data processes. Bloomreach was using Amazon EMR and a 3rd-party platform to enrich data. Over time, Bloomreach had started to lean more heavily on the 3rd-party provider, believing it to be more sophisticated and cost-effective than Amazon EMR.

ClearScale fine-tuned Bloomreach’s existing EMR cluster so that it could match the 3rd-party solution’s performance for a baseline job. Next, ClearScale applied AWS best practices, which involved using modern Amazon EC2 instance types and instance fleets, to demonstrate that Amazon EMR could go above and beyond the 3rd-party analytics tool.

After ClearScale’s improvements, EMR could complete the baseline job 50% faster and at one-third of the total cost. Now, Bloomreach’s core brX product is even more reliable, productive, and scalable than it was before.

Moreover, ClearScale migrated Bloomreach’s Pixel server application from an overprovisioned cluster of EC2 instances to a container. Through load testing and auto-scaling, ClearScale achieved a 30% reduction in monthly expense while simultaneously increasing the reliability, security, and performance of Bloomreach’s platform. 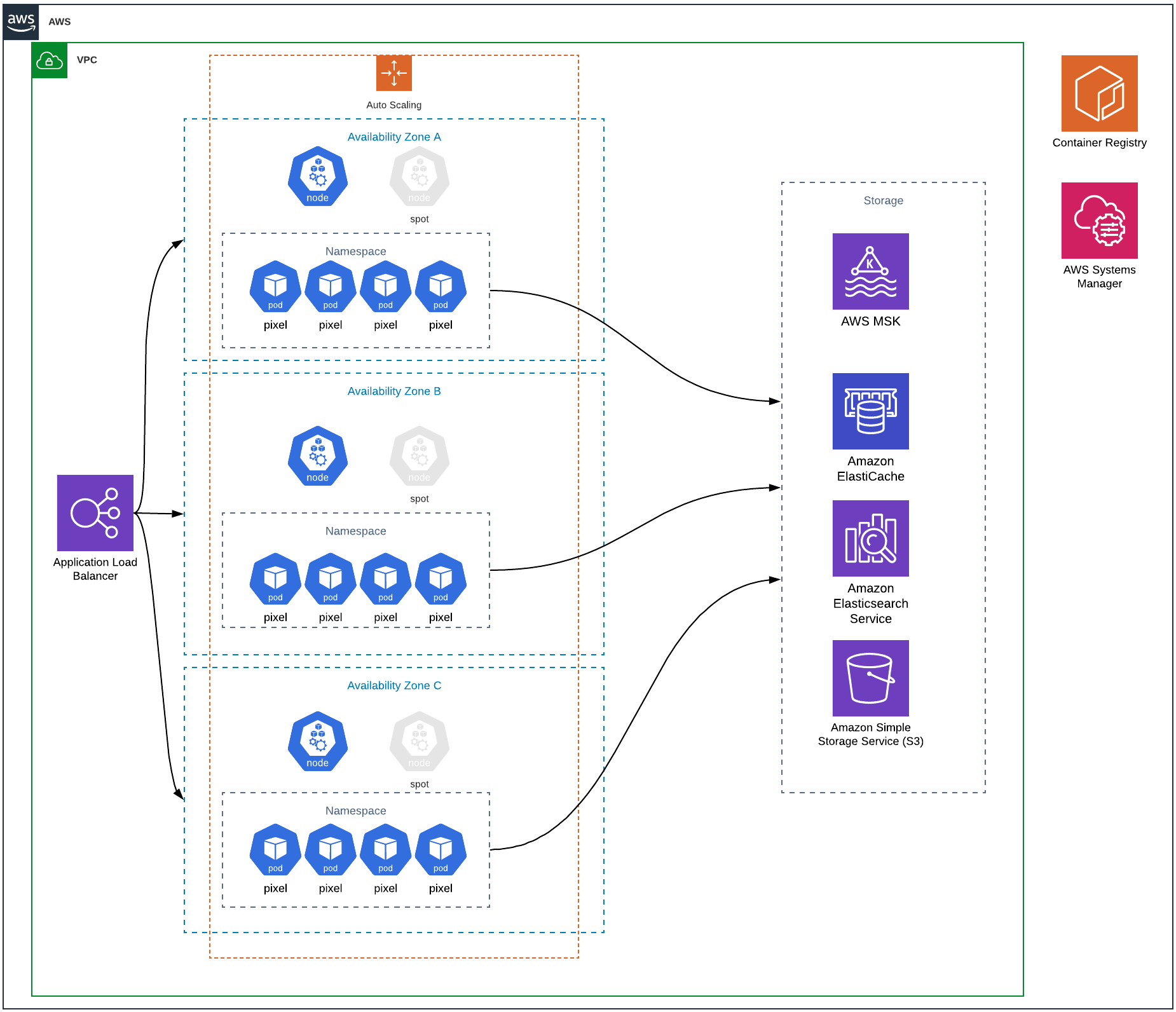 By engaging with ClearScale, Bloomreach was able to revitalize its cloud architecture without moving any workloads away from AWS. Bloomreach’s IT infrastructure is now more scalable, cost-efficient, reliable, and secure, due to the AWS features that ClearScale implemented.

Overall, Bloomreach was able to reduce cloud expenditures by 25%. The company is better positioned to evolve throughout the 2020s as the eCommerce sector continues to explode. On top of that, Bloomreach can easily incorporate future cloud advances into its IT infrastructure and innovate at will in a highly competitive industry.